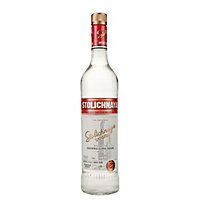 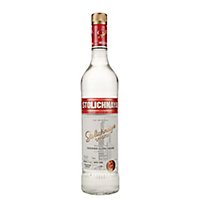 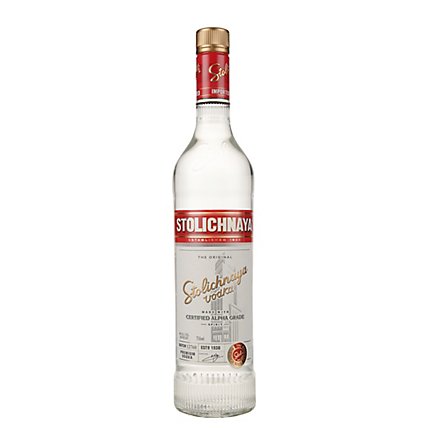 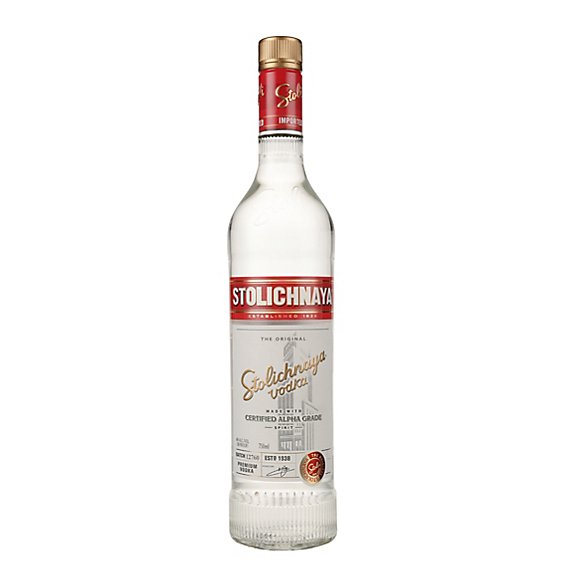 Genuine imported. Imported premium vodka. Produced for S.P.I. Group. Stolichnaya is one of the most distinctive vodkas in the world. Produced in a century-old facility in Latvia from spirits distilled from rich Russian grain under the highest of quality standards - preserving the traditional production method Stolichnaya is known for. Try it chilled neat, on the rocks or with your favorite juice or mixer. You'll taste why Stolichnaya is a superior vodka unlike any other. Discover more cocktail recipes at Stoli.com. Great cocktails start with responsible measuring. 100% grain neutral spirits. 40% alc/vol (80 proof). Produced in Latvia for S.P.I. Group. Imported by: William Grant & Sons, New York, NY.

Contains: Government Warning: (1) According to the Surgeon General, women should not drink alcoholic beverages during pregnancy because of the risk of birth defects. (2) Consumption of alcoholic beverages impairs your ability to drive a car or operate machinery, and may cause health problems.

Already have an account? Sign in
Welcome We’ll need to set up your preferences to get you started with your first Schedule & Save order.
Continue
Scheduled!
We will send you notification through email when your order is in process. Click on Manage to visit your Manage Schedule & Save page for more details.
Continue Shopping