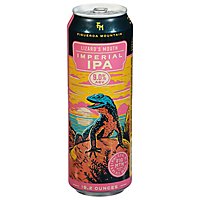 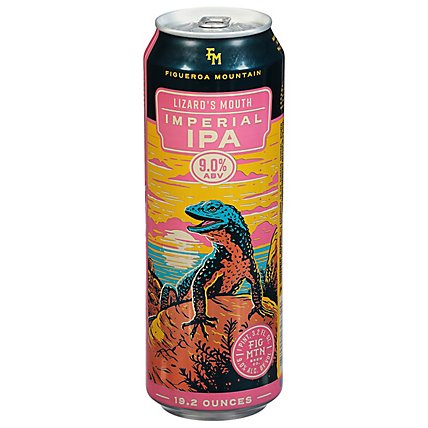 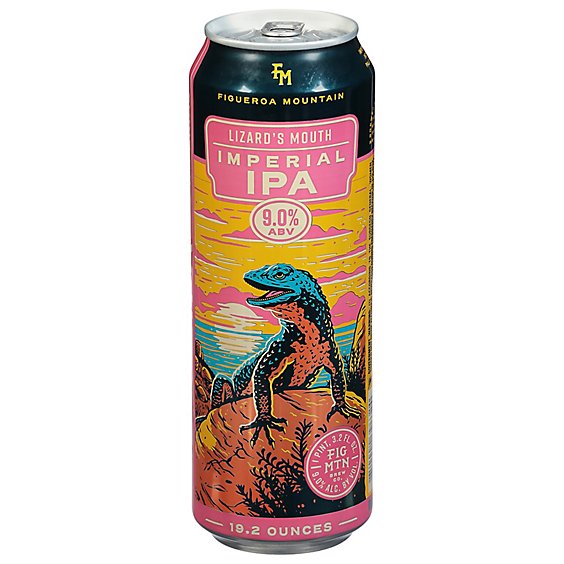 Inspired by the rock formation lounging atop the Santa Ynez Mountains overlooking Santa Barbara's coastline. Lizard's Mouth Imperial IPA is hoppy and smooth, with a tropical edge. Notes of mango, and pineapple sweep over your palate in this scaled-up IPA. 9.0% alc. by vol. 18 Brewed & Canned in Buellton, CA by Fig Mtn Brew Co.

Contains: Government Warning: (1) According to the Surgeon General, women should not drink alcoholic beverages during pregnancy because of the risk of birth defects. (2) Consumption of alcoholic beverages impairs your ability to drive a car or operate machinery, and may cause health problems.

Already have an account? Sign in
Welcome We’ll need to set up your preferences to get you started with your first Schedule & Save order.
Continue
Something went wrong Sorry for the inconvenience. Please try again
Scheduled!
We will send you notification through email when your order is in process. Click on Manage to visit your Manage Schedule & Save page for more details.
Continue Shopping